September 15 is Always a Taxing Day 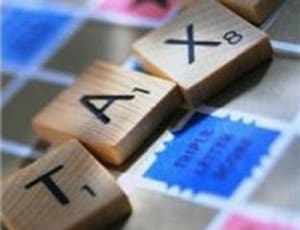 I am blessed and I know it. I try hard never to complain. But, I’ve gotta tell ya’, paying estimated taxes ruins my day. Estimated tax is the method used to pay tax on (usually self-employed) income that is not subject to the withholding requirements that apply on ordinary income earned working for a business. Estimated taxes also grab you if the amount of income tax being withheld from your salary, pension, or other income is not enough. These taxes are due 4 times a year on the 15th of January, June, April, and September. I always try to look at the bright side: You have to be making money to pay taxes, but still, it seems like it happens with excessive frequency. 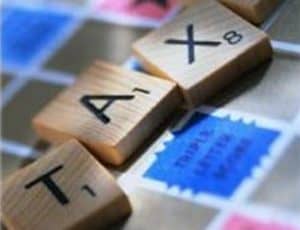 Most of the taxes we pay today have been around for less than half of our country’s history. One of the oldest is the estate tax, which was enacted in 1797, but was then repealed and reinstituted over the years, often in response to the need to finance wars. The federal income tax was enacted in 1913, and corporate income taxes were enacted slightly earlier, in 1909. President Franklin Roosevelt signed the Social Security Act in 1935 and Social Security taxes were first collected in January 1937, although no benefits were paid until January 1940.

I think the tax I like the least is the alternative minimum tax (AMT) which wasn’t enacted until 1978. This parallel system uses a separate set of rules to calculate taxable income after allowed deductions. It was designed to prevent taxpayers from avoiding their “fair share” of taxes, but because it is not indexed to inflation, more and more taxpayers have become subjected to it over the years, resulting in escalating calls (mostly from me) to reform or eliminate the AMT.

Tax rates were the same for everyone. No tricky rules: There was no filing status, and there was no distinction between single taxpayers, married taxpayers filing jointly, married taxpayers filing separately and heads of household. By 2009, tax rates had increased considerably, with a top marginal tax rate of 35%. Modern tax rates also depend on filing status and about 1,000 other things that only my very talented accountant Robert P. Weaver can understand.

I think pretty much everyone tries to pay the least we can in taxes, but in fact only 49% of Americans actually owe or pay any Federal income tax. But one way or another, everyone ends up paying some taxes because of local and state assessments such as property tax, sales tax, ‘sin’ taxes, fire taxes (a.k.a. ‘prevention fees’; a California invention), gasoline taxes, and so on.

We live in a truly great country and without taxes our way of life could not exist. However, tomorrow is September 15 and my quarterlies are due once again. So, please pardon my grousing from 10:00 a.m. to around noon when I venture to the post office to send in my membership dues. If we see each other, I’ll excuse your grumpy demeanor as well.