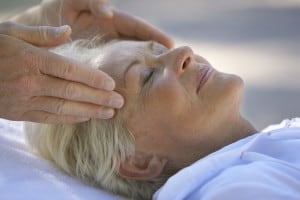 After a hospitalization, many of the above-mentioned seniors will require continued medical care, either at home or in a specialized facility. This is called Post Acute Care. As described earlier in this series, that can be rehab care, transitional care, or ‘continuation/maintenance’ care. The National Centers for Disease Control estimates (residency ratios remaining unchanged) a doubling or tripling of the number of persons residing in nursing homes by 2030. (Those over age 85 will experience a 300% increase.)

Respected surveys taken over the last 30 years have found a consistent 33% of Americans who say they would rather die than live in a Nursing Home. Yet, in 2010, Medicaid alone forked over $130 billion (31% of total Medicaid spending) for long-term care. Does anybody but me see a disconnect here? Rincon del Rio is a rare voice championing Palliative Care, which is a linchpin in our quest to achieve Abundant Living, Successful Aging.

So, what do you think the future will and should hold for Nursing Homes in America? Here are some things I think we can count on: 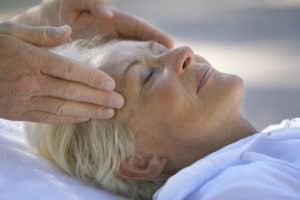 Watch for some acronyms you may not know: PACE, IRFs, LTAC, SLP, and new ones you’re going to begin seeing. Also be prepared for the disappearance of some old acronyms you did know, like traditional multi-purpose SNFs as Medicare demands increased efficiencies. In the future, it would be good to have a working knowledge of abbreviations like POLST, ACAS, ACAT, RADs, ADLs, DNRs, and so on.

Unfortunately, you may see new Sub-Acute Units (replacing maternity wards, I suppose) in local hospitals. Look for more employer-sponsored LTCI (long-term care insurance), and new product offerings with traditional LTCI replacing CCRC entry fee models. But this I know (and you can take it to the bank): Future long-term elder care in the United States will consist of services consumers want and payers will be willing to pay for. What that will not be is in-patient care in hospitals or nursing facilities, and it is certainly not long-stay nursing homes.

What the future of long-term care will involve is fully-comprehensive service models. One frequently asked question about Rincon del Rio is what the continuum of care will cover. I explain whatever is needed for abundant living and successful aging will be provided. I often joke that if it’s a ‘burn day’ we can handle it all.

I also think it is safe to predict a bigger-is-better trend coming to the long-term health-care industry. With government reimbursements shrinking, scale is all-important. In markets where the population can support them, look for large providers to supply the full continuum-of-care: In-patient hospitalization to post-acute and rehab services—even in-home care and more involvement in hospice. In areas where demand is lacking, large providers will abandon brick-and-mortar facilities to concentrate on technology services and at-home health care—or they will just abdicate to local hospitals.

No matter what the future holds, residents of Rincon del Rio can set these worries aside and enjoy an active, happy lifestyle. We’ve got you covered.