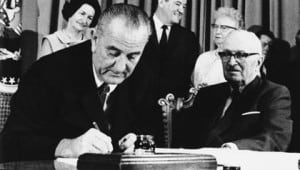 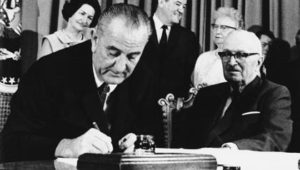 In shutting the almshouse door, policymakers gave birth to the modern nursing-home industry. In 1954 the Hill-Burton Act provided Federal grants for nursing homes built in conjunction with hospitals which, unfortunately, resulted in nursing homes modeled after hospitals. In the late 50’s, SBA Loans were made available for stand-alone nursing home construction. The passage of Medicare and Medicaid in 1965 provided significant impetus to the private-industry growth of nursing homes. In the 15 years between 1960 and 1975, the number of nursing homes in the United States increased 140%, nursing-home beds increased by 302%, and revenues rose 2,000%. By 1980, 80% of all institutionalized elderly resided in commercially run nursing homes.

In the late 1960s, after an overly enthusiastic response to Medicare, the then-Department of Health was forced to discontinue much of the coverage for nursing homes the programs had initially allowed.

During the 1970’s, abuse occurring in nursing homes became a national scandal. These commercially operated ‘Park and Die’ facilities had similarities to the long-forgotten almshouses in that people feared being forced to spend their final days in these institutions. Relatives felt guilty for abandoning their elders to nursing-home care, and the circle was complete.

In 1972, the Federal Government enacted specific requirements for nursing homes supported by Medicare and Medicaid. This had the immediate impact of reducing patient reimbursement for most individuals seeking to enter skilled-nursing facilities. Although not the intent, this legislation had the same result as today’s ‘disruptive technology’ by inadvertently increasing the demand for intermediate-care facilities. The ‘Assisted Living’ industry was born.

By 2000, nursing homes had become a 100 billion dollar industry, paid largely by Medicaid, Medicare, and resident out-of-pocket resources. Although only 2% of all elderly individuals between 65 and 74 resided in such institutions, the proportion of those aged 84+ increased to 25%. Today, nearly 6% of older adults are sheltered in nursing homes that provide a wide range of care (see first blog of series). The problems still facing long-term, custodial care for older adults are clearly tied to its historical development.

If not maintenance care for the terminally ill, what then? In the last blog of this series, we will examine the rise of Palliative Care, Hospice, and RCFE (small home) care.