Continuing The History of Nursing Homes 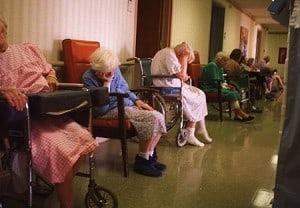 Along with the tangible population of old people, Almshouses sheltered the intangible: The composite distresses of abandonment, disgrace, poverty, loneliness, humiliation, and degradation. In 1935 the Federal Government (for the first time) got involved. The Social Security Act became the law of the land. Check out a video on the history of the SSA here. (Click the triangular play button in the lower left once the page loads.) 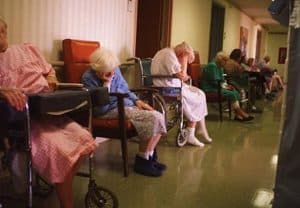 In an effort to abolish these hated institutions, the new federal legislation barred any almshouse resident from receiving financial support (residents of privately funded Homes for the Elderly and Infirm could be beneficiaries of pensions).

Now that the Federal Government had come to the rescue of public housing for displaced old, helpless people, what could possibly go wrong?

Can you imagine how surprised the bureaucrats were to discover they had overestimated the impact of pensions on the lives of the needy elderly? Most had simply assumed that, with monthly annuities, individuals could live independently. A man before his time, aging advocate Homer Folks, argued that only about 15 percent of the almshouse population were in the institution because of strict financial need. “The others,” he explained, “are physically infirm and sick, and have various kinds of ailments that require personal attention of the kind that you could not get in an individual home; [they] require nursing or medical attention . . . in some sort of institution.” No one wanted to hear that; they didn’t listen. 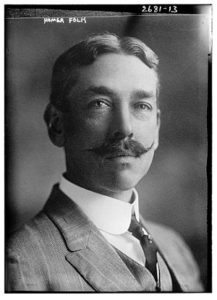 Despite its relatively small inmate population (3% of the elderly), the almshouse stood as a visible sign of a despised welfare system; the institution was doomed and The Federal Government set out to see that it was eliminated. By barring almshouse inmates from payments, aged individuals in need of long-term care were forced to seek shelter in private institutions. In true Government fashion, the States reacted: Immediately following the enactment of Social Security, officials transferred well-established county homes into private control, although neither the residence nor its supervisors changed. The goal was simple: The inmates could now be classified as recipients of private care, and the institution was able to receive residents’ monthly annuities from the Federal Government.

By the 1950’s, unable to operate without federal annuities for the inmates, the intent of policymakers to destroy the hated almshouse had succeeded. Unfortunately, there were still many sick, old people who needed help. In 1954 Congress passed NEW laws that allowed for the development of public institutions for the most needy older adults. For the first time, both public and private nursing-home residents were granted federal support for their assistance. As Homer Folks had predicted, not all elderly individuals could be supported in their own homes with monthly pensions; many incapacitated older adults required long-term care.

In the next blog, we’ll jump to Medicare Legislation in 1965’s to understand the birth of Nursing Homes and finish this series with their demise in today’s health-care environment.