The Cost of Elder Migration

For many states, recruiting households to spend their retirement years in that state has become a key economic development strategy. Recent retirees are viewed as a fiscal windfall because they have above average income and wealth, thus expanding the local economy and tax base, but placing relatively few demands on public service. 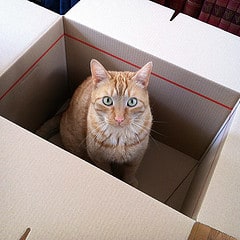 g baby boomers’ potential mobility, economic development offices in state and local governments throughout the nation are touting retirement migrations’ place in a diversified development strategy. It doesn’t take a genius to figure out the attention far-sighted municipalities are focusing on seniors is well deserved.

Movement of people also means movement of resources that influence the increase or decrease of regional growth. Elder migration may cause outflows of capital that can have a serious, negative impact—particularly on smaller communities.

Retirees are an increasing proportion of the U.S. population, and their proportion will really begin to jump, starting this year (2011), as the first group of baby boomers reaches 65 years of age. In 2000 only one state had an elderly (aged 65 and over) population that exceeded 17.5% of its overall population. Not surprisingly, that was Florida. But by 2025, 39 of 50 states plus the District of Columbia are projected to exceed 17.5%

Some states have already assumed that this is a group of individuals that should be attracted or retained. Two researchers termed retirees “pure gold.” (Longino and Crown 1989.)  A local commentator has reached the same conclusion:

We’re losing a good part of Nevada County’s biggest cash importers. Our local economy is based primarily on cash inflows from tourism, industry, government and retirees. These “big four” account for almost all the county’s cash inflow, the rest of the economic activity is comprised of our selling each other hamburgers, health maintenance services, groceries, and plumbing repairs. But these activities can’t survive without new cash coming in from someplace else. Nevada County’s population has about twice the fraction of people older than 60 and the number of retirees who live in most of  California’s other counties. Our county’s population has hovered shy of 100,000 for most of this decade. And the reason our economy and quality of life have remained in the pleasant range is that the big four have been bringing in the money, a lot of which gets spent in the county a few times before it again leaks out. That’s the way economies work.

On the back of an envelope, we can figure that the county’s more than 20,000 retirees bring in almost $1.4 million a year. These retirees should be viewed as an industry of sorts. This industry is very green and puts a small burden on the county’s infrastructure. They don’t holler and hoop too much, so it’s hard to tell who and how many of them there are. But they do pay their taxes religiously, go out and trade at the local establishments, and with their memberships, subscriptions, contributions, and attendance, they support most of the considerable cultural life this community has to offer.

But for the most part, this important segment of our community is invisible. Nevada County is a natural mecca for people looking to retire. Yet we don’t look at them as an economic asset that helps support the things that make living here a pleasure for us all. We basically ignore them, and, I believe, do so at our collective peril. Instead, what gets our economic development attention is trying to talk a flat-land manufacturer into starting a plant here. Due to our location, Nevada County barely makes a business case for locating or keeping information-based businesses — engineering design, call centers, insurance/investment companies —here.

Anyone up with the news knows that California has become a nemesis to business- and wealth-generating enterprises. With its high taxes, regulatory burdens, and environmental activism, California has managed to crawl to the bottom of the pile in almost every category that supports productive economic activity. All this affects private individuals, especially the retirees who turn out to be the county’s most mobile demographic. People about to retire or already retired can get their checks sent anywhere. Fortunately, many of them have chosen these beautiful foothills as the place to stick their mailboxes. But here comes the rub:

Most early retirees come here to buy a nice house with a yard or even some acreage. Country life is a lot of fun — until more passing years make it not so much fun. Their next move is to a nice condo or connected housing in a planned retirement community (not a Leisure World). This place should have all the amenities, such as a pool, rec center, community room, RV storage, and even a workshop so you can give that table saw one more chance at your fingers. My point is that most retirees who are ready to leave their house and yard/acreage are not yet ready for a rest home, assisted living, or hospice. They still have good years left in them, years suitable for a more convenient living space. And Nevada  County provides essentially none of such digs.

Moreover, having such living space would serve as an added attraction for out-of-county retirees wanting to move here, skip the yard and acreage drill, and go directly into an adult-planned development. Nevada County could easily rank with the Santa Barbaras and Scottsdales of the country as prime retirement turf. The alternative, given a good push by California’s 10.3 percent income tax, is to get the hell out of Dodge and go to some place like Nevada, Arkansas, North Carolina, or Tennessee. It’s easy to pick a place outside of California where you can get a nice retirement condo and an 11 percent increase in your annual spendable. And many Nevada  County retirees are taking that option as they look around and see no suitable place here for their next stage of life.

We need to fix that and keep our cash cows right here in Nevada County.

George Rebane is a retired systems scientist and entrepreneur in Nevada County who blogs regularly on Rebane’s Ruminations (www.georgerebane.com).