Nearly half of those born between 1946 and 1964 now work for a younger boss, and most report that they are older than most of their colleagues. One in 5 boomers have been in their current field for less than a decade indicating they are still able to stay ahead of the learning curve. Most people over the age of 50 in the work force report that co-workers seek their advice more now than when they were younger. A third even report their employer treats them with greater respect.

About 1 in 4 boomers still working say they’ll never retire, and about the same fraction say they have saved no money for retirement. For those who have found something they love doing in a field in which they are comfortable, working is a great option. 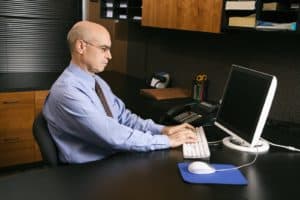 With the right environment and support system there is more to do in a day than most retired people can possible get done. The problem for those who still work to keep occupied must be a lack of recreational opportunities, nature, and open-space. Maybe it’s inconvenient for them to find a space to learn something they’ve always wanted to learn—like fly fishing or pottery. Gardening alone can take up much of the day and leave such feelings of accomplishment and satisfaction.

Psychologists studying social development across the life span of humans have determined the final stage of emotional development is experienced around the age of 60 and older. During this time, people seek the meaning in their lives and try to make sense of the lives they have lived. Maintaining and/or developing connections with a younger generation can help older adults feel a greater sense of fulfillment. It takes time to plan and execute rewarding intergenerational activities.

Let’s also not forget the need to make time for relaxation. It’s important for our mental and physical well-being.  If finances are an issue, that’s one thing. But I’m thinking there probably shouldn’t be a need to work at a paid job just to fill your days with activity. There are so many volunteer opportunities and other service positions that would be just as rewarding as work.